As your employees head back to the office from their Covid-induced hibernation, you may wonder how things got so bad around here? Coffee grounds left to fester in the coffee pot. Bathrooms with empty toilet paper rolls. Raccoons taking up residence under your desks.

If you’re returning to work to discover that your previously pristine office has transformed into a post-zombie-apocalypse hellscape, GOS has the supplies to spruce up your office and get you and your team back on track.

When it comes to your janitorial supply, GOS has been leading the way with our potent sanitation and cleaning products since 1968. Below we highlight the 7 most awesome commercial office cleaning supplies, janitorial, and hygiene products to make your office a place people want to spend their time.

Unless you plan on tossing your garbage out the nearest window, you likely already know that your office needs trash cans. But what happens when your employee decides to throw their half-finished plate of lasagna into their office trash can? It’s a freaking disaster—that’s what happens.

Buy commercial cleaning supplies with purpose by investing in trash can liners for the entire office. At GOS, we have the heaviest of heavy-duty liners, trash liners specifically designed for medical waste, and everything in between. So go ahead: anchors away on that lasagna. 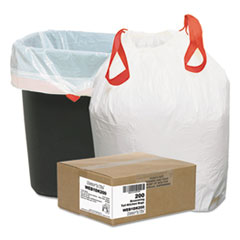 Did you know germs can live up to 48 hours on surfaces? From the countertop in your office kitchen to the railing leading up to your second floor, germs adhere to surfaces like glue.

When making that list of must-have commercial cleaning supply essentials, you’d be surprised at the number of folks who say, “Nah, I’m good with the disinfecting wipes.” This is surprising because having a stock of disinfectant wipes goes a long way in keeping your employees healthy.

When it comes to soap dispensers, we have questions. Do you prefer liquid or foam? Do you want to invest in a hands-free dispenser? Automatic or hands-free soap dispensers like this sleek little beauty reduce germs and save money.

You don’t need to lather your arms up to the elbow—no judgment if that’s your thing. But our touchless, automatic dispensers deliver just the right amount of soap every time. When it comes to janitorial supply, it isn’t simply about what you need, but what will make your office stand above the rest. Let us introduce you to the TC Microburst Odor Control System 3000 LCD: the future of bathroom odor control is here, folks.

Control unpleasant odors from up to 800 square feet. With its programmable LCD display, the TC Microburst Odor Control System 3000 LCD gives you the option of releasing up to 15 distinct odors (our personal favorite: Jasmine Bloom. A touch of fragrant Asia for your restroom.)

Don’t be fooled by cheaper models: when you want to give clients and workers the ultimate bathroom fragrant experience, you need a TC Microburst.

Oh, your employee missed their trash can completely this time? Do you mean to tell me the Chicken Pad Thai they ordered from up the street is now embedding itself in the carpet? Great, our janitorial staff is going to love this.

From brooms to mops, gloves to other safety equipment, and much more, GOS has the commercial cleaning supplies that help your janitorial staff get the job done right.

One way to take care of the mess is by stocking up on the best in carpet and stain removers. For a bleach-free cleaner that kills MRSA, Norovirus, E. Coli, Salmonella, and Staph—as well as removing all traces of your employee’s lunch—we have you covered. 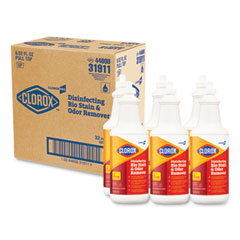 If you’re considering placing an order for commercial cleaning supplies, you might as well throw in a case or two of tissues. As a modern hygienic office staple, you can never have enough Kleenex.

Now for some facial tissue/Kleenex historical fun facts: the Japanese were the first to start using disposable facial tissue way back in the 17th century. As one story puts it, the Japanese would “blow their noses in soft silky papers the size of their hands, which they never use twice…delighted to see Americans pick them up.”

Having people mistakenly pick up your Kleenex is pretty gross. Nonetheless, this paved the way for modern Kleenex, invented in 1924, replacing the nasty old handkerchief and making homes and workplaces less germy ever since. Hand sanitizer, oh hand sanitizer, what would we have done without you for the past two years? We carried you in our pockets and cars. We replaced the family photo on the mantle with a great big tub of Purell. And of course, hand sanitizer entered the workplace as a commercial cleaning product in a big way in 2020.

At GOS, we sell your go-to standard 8oz bottles of Purell by the caseload. We also (like our soap dispensers) sell hands-free hand sanitizer dispensers. In short, if it’s hand sanitizer options for the office, we are your go-to office supply company to keep your employees’ hands squeaky clean.

Ready to Make Your Office Shine?

There was a lot we didn’t have the space to mention in this post, but don’t fret: we’ll be publishing future articles that dive deeper into our supplies for your janitorial staff. In the meantime, feel free to check out more content on how to rock your office: Essential Cleaning Supplies and Office Tips to Avoid the Coronavirus 3 Office Tips for Reopening After COVID-19

GOS’s mission is to help workplaces across the country ensure that they are OSHA and ANSI compliant with our extensive inventory of personal protection equipment, AEDS, and first aid kits and supplies.

When you’re ready to buy commercial cleaning supplies for your office, reach out to one of our super-friendly staff to discuss all your janitorial supply needs.